After years of pop-ups and a shift to home delivery, a local ice cream company has created its own parlor.

The 1,400 square foot ice cream shop is expected to accommodate 30-40 people as well as a take-out window. The store will also house the company’s ice cream production facility.

“It’s like an old-school restaurant feeling where you watch the action behind the counter, but in this modern, updated setting,” said Alex Miller, co-owner of the business with his wife Hannah Sager.

Spotty Dog will sell cones and pints of its homemade ice cream and also plans to offer milkshakes, sundaes and other goodies like chocolate tacos and ice cream sandwiches.

Although pricing has yet to be set, the plan is that a one-spoon cone will cost around $4 and pints will cost around $8-$9. The company is working on dairy-free ice cream and hopes it will be ready when the store opens.

“A lot of customers are asking for it and we see the need for it,” Sager said. 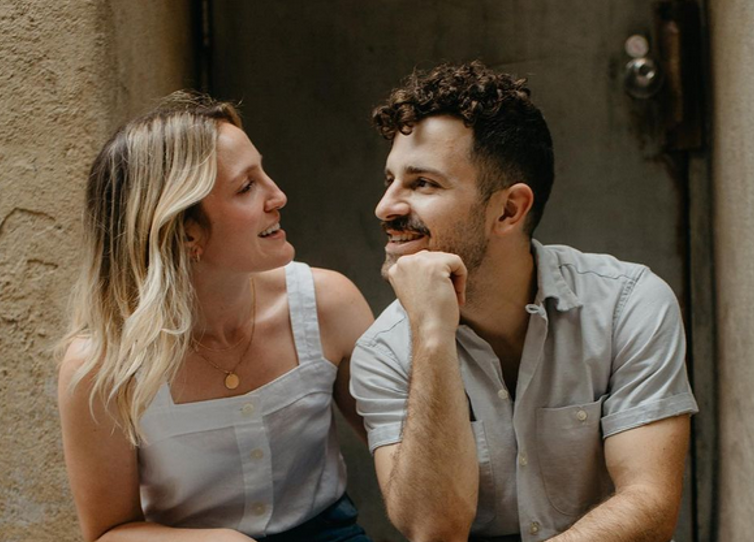 “It makes for a really creamy and decadent dining experience. Because there’s this higher dairy fat, you can create more intriguing flavors that linger on the palate,” Sager said.

The upcoming store is the culmination of an ongoing plan since the business, which bears the name of the Australian Shepherd Mason couple, was launched in Richmond in 2017.

What started as an at-home hobby in which the couple offered their creations turned into sales of scoops of ice cream at pop-up events in the spring of 2018. When the disruptions of the COVID-19 pandemic hit started to make an impact locally in March 2020, the business shifted to home deliveries of pints.

“Our goal from day one is what we are doing now, opening a store. Deliveries and pop-ups, we loved doing that, but we saw it all as a way to spread the word and get people into our ice cream and have that support,” Sager said.

Sager is a federal court attorney and plans to step down from this gig to focus full-time on Spotty Dog. Miller works in advertising.

Spotty Dog declined to share its investment in the new store. They hit a fundraising goal of $25,000 in a recent Kickstarter campaign, which is expected to cover most of the store’s gear.

Spotty Dog plans to continue home deliveries when the store opens and plans to suspend pop-up events for at least the store’s first year of operation, Sager said. 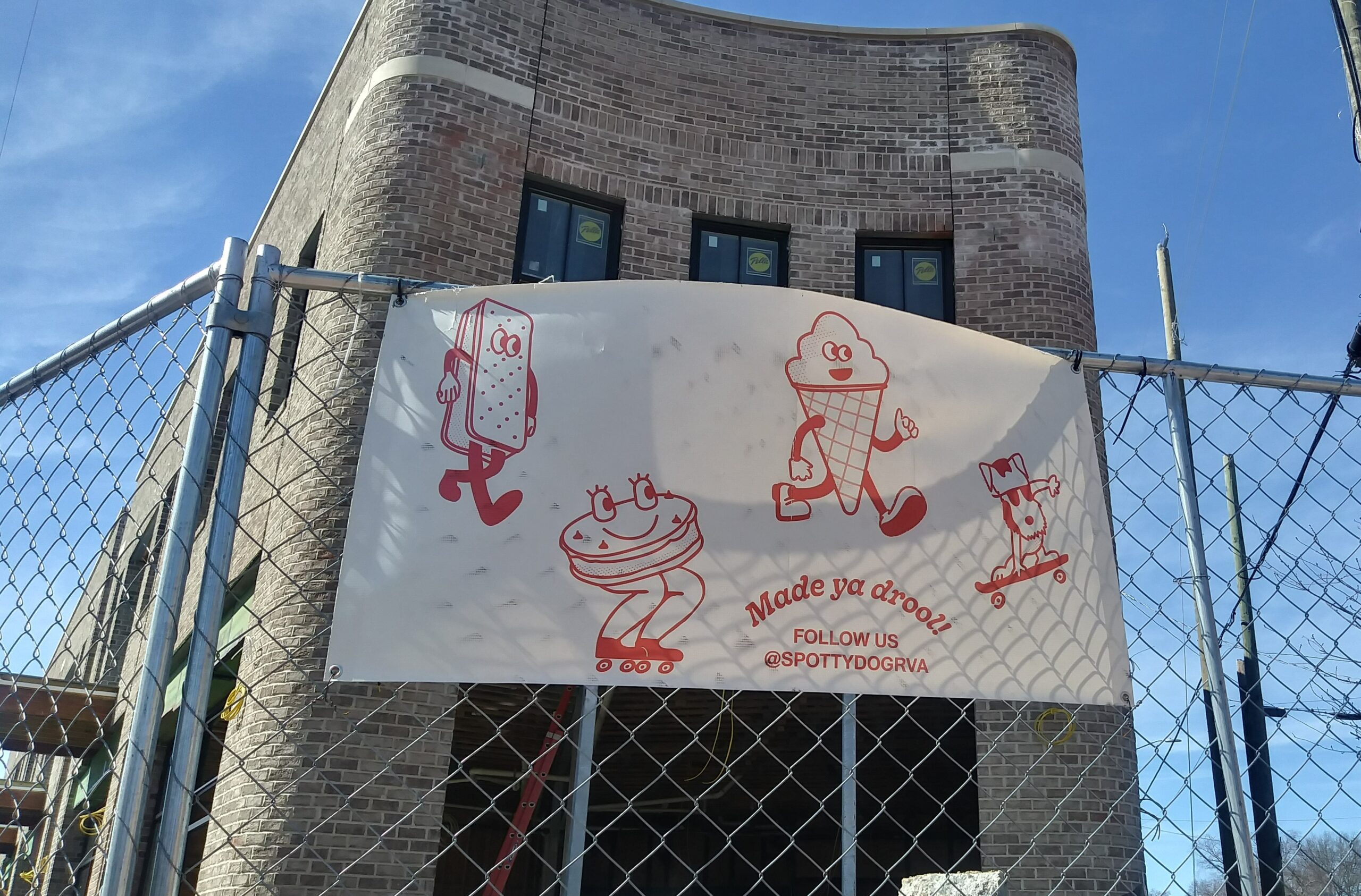 Spotty Dog Ice Cream Co. will open its brick-and-mortar store in a new mixed-use development taking shape at the corner of Jefferson Avenue and M Street in Union Hill. (Photo by Jack Jacobs)

Store prices are expected to be slightly higher than the prices charged by the company so far, a change that comes in response to rising ingredient costs and expenses related to store management and staff compensation.

“We want to keep the prices as low as possible so they stay affordable for everyone,” Miller said.

Spotty Dog currently manufactures its ice cream at The Green Kitchen, a catering space at 314 N. 25th St. The plan is to move all production operations to the Jefferson Avenue space once the store opens.

New England-style ice cream was a big part of Miller and Sager’s upbringing and something they bonded over when they first met in Boston.

Miller is an upstate New York native who grew up eating ice cream. Although Sager is originally from Northern Virginia, she grew up spending family vacations at a ski resort in Vermont.

“The ice cream culture is just different there. People eat ice cream in the middle of winter and it’s not weird. We want to bring that culture here,” Miller said.

Sager added, “It’s the kind of ice cream we both love and grew up eating.”

NEW HAVEN — It was a rocky road to get there, but after being pushed …